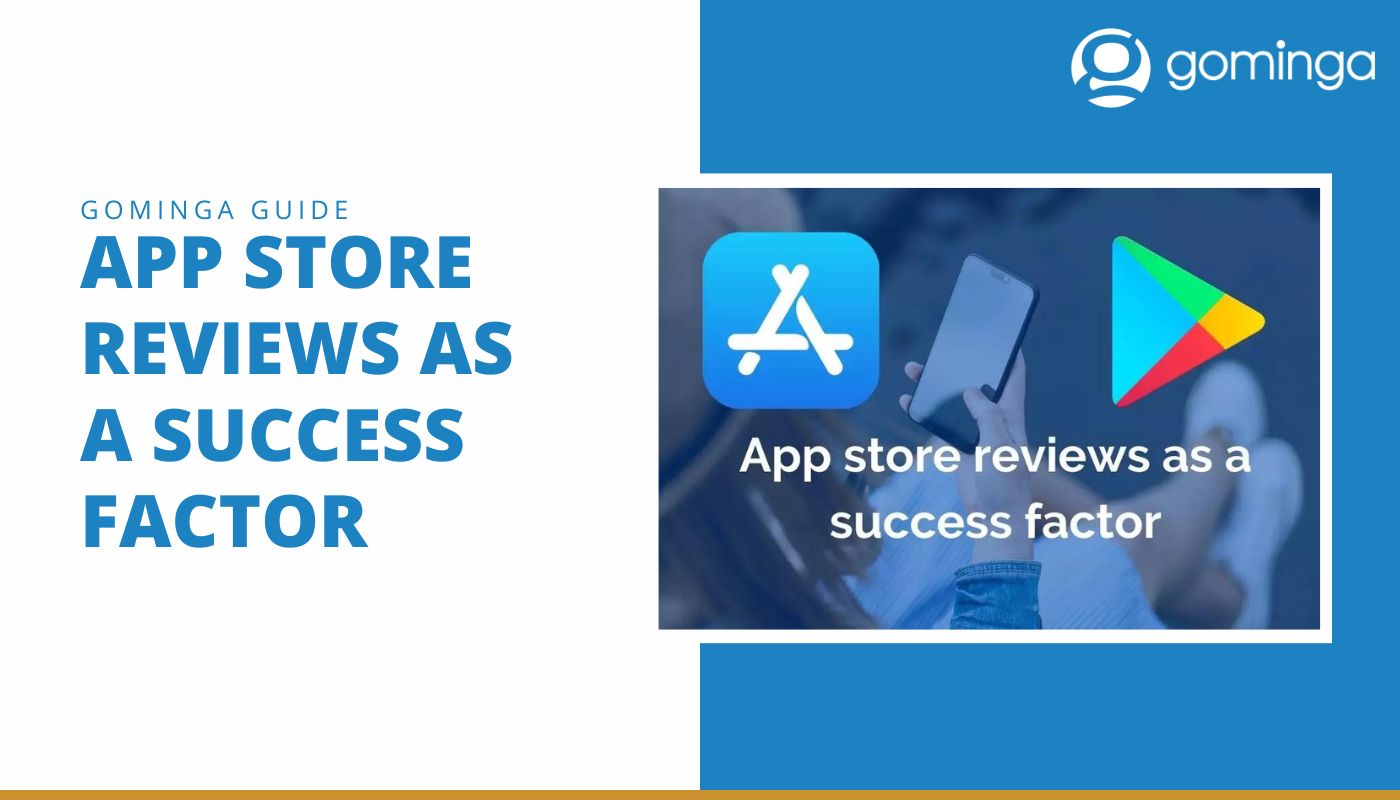 Reviews are becoming increasingly important for companies. Especially on platforms such as Google My Business, Amazon, or the App Store, reviews and ratings have a significant influence on the consumer behavior. Studies are published annually that show that ¾ of all users are influenced by reviews. So-called “smart shoppers” rate reviews even higher than price.

In this guide, we want to explain the topic of app store reviews, look at their relevance, and also discuss the various stores of the individual companies.

Contents of our guide are:

Why are app store reviews so important?

App store reviews reflect customer satisfaction and experience, which can be seen by any user. Not only the number of stars, but also the underlying testimonials are displayed. Thus, the reviews show the quality of the company to the outside world and the experiences often inspire a sense of trust, which is packaged in a “review” to persuade other potential customers to make a purchase.

The first important step for companies is to analyze the reviews of the customers. Analyzing the reviews gives companies the opportunity to gain insights and then use this knowledge to improve products or services. Here, app operators can identify their strengths and weaknesses and use the feedback from customers to adapt the app to their needs.

Commenting on app and game reviews is a valuable channel for communicating with users. For marketers, these are both a blessing and a curse: If things are going well, you can virtually bathe in enthusiastic comments. However, if the reviews are rather negative, the app operators have to react as quickly as possible in order to be able to follow up on the concern.

Responding to app store reviews can help achieve higher ratings and conversion rates, improve the product or service, gain loyal users, and generate more revenue overall. Before making a download or purchase, users can always read reviews first, so the experience of other customers is essential to their decision regarding your app. That’s why company responses need to be quick and detailed.

The app stores at a glance

In the field of smartphones, apps are an enormously important market segment these days. The two top dogs in the field are the Google Play Store for Android and the Apple App Store for iOS devices, which will be discussed in more detail later. Huawei users have been using the internal Huawei App Store since the beginning of 2020, and Amazon also offers its own app store.

Here is a comparison of the four different app stores:

With its HMS (Huawei Mobile Service), Huawei offers its users in-house services with similar features as we know from Google’s services. In addition to the App Gallery, there is a Huawei Assistant that supports more than 30 languages, a browser, and a cloud.
As a counterpart to Google’s “Movies & Series”, Huawei offers a video-on-demand platform. According to its own information, Huawei is working with Universal Studios, Sony, BBC, and Disney on the implementation and currently has 160 million users who use the service every month.

Amazon has also operated its own app store for several years. The Amazon Appstore has been available in Germany since summer 2012 and is intended for all Android smartphones and tablets as well as Blackberry OS 10. Disadvantage: Although Amazon devices like the (then) Fire Phone or the Kindle Fire tablets are equipped with Android as the operating system, users cannot access the Google Play Store. The devices are only limited to the Amazon apps.

On mobile Amazon devices, the Amazon App store is preinstalled. Users of other devices can access the app store by installing the Amazon Underground app. In addition, the Amazon Appstore is also available online, allowing applications such as software, games, books and music to be downloaded from a PC or laptop. An Amazon account is required to use and pay for the Amazon Appstore.

When comparing Apple’s App Store and Google’s Play Store, a big difference between the two platforms has been apparent for many years. While Android devices – depending on the country – have a significantly higher market share than iPhones and iPads, the revenue generated via Apple App Store is much higher than that of Google’s virtual software store. App store reviews are equally important on all different stores of course. But when put in relation, app store reviews on the Apple App Store are more important due to the higher app store revenue.

Payment methods in the stores

There is a whole range of payment options in the Google Play Store: In addition to credit and debit cards, PayPal is also accepted. Another option is direct billing via your mobile carrier. Probably the most secure option, on the other hand, is payment via Google Play credit or gift cards. Bank transfers, Western Union, MoneyGram or virtual credit cards are not supported.
The situation is similar for Apple: Here, you also need your Apple ID. When you create it, you simply specify your preferred payment method. Credit and debit cards work here, as do store vouchers. In addition, there are other payment options in selected countries, including PayPal in Germany.

The Google and Apple platforms differ when it comes to returning apps: The Apple App Store offers you a total of 14 days to return an app. If you want to return an app, you have to do this via another website and not via the App Store. Log in to reportaproblem.apple.com with your Apple ID and you’ll see a list of your purchases from the last 90 days. Tap “Problem” next to the app in question and you can return it, giving a reason. But be careful: Although the purchases of the last 90 days are displayed, you still only have a right of return of 14 days.

The Google Play Store gives you even less time to return an app – just 48 hours. You can view your order history on the website play.google.com/store/account. Then tap on the three dots next to the corresponding app and select the “Report a problem” option. Now you can select a reason and initiate the return process via the Google Play Store. If the 48 hours have expired, you have to contact the app manufacturer directly for a refund.

Corona as a stimulus for app sales

The ongoing Corona pandemic stimulated software sales in both the Play Store and App Store. As early as Q2 2020, increasing sales were evident, indicating increased purchases and subscriptions at pandemic time. Here, professional advice has increasingly migrated to digital touchpoints in the form of app store reviews and questions that are being answered. This way, the potential customer feels better with his or her decision.

Differences between the Google Play and the Apple App Store

The Google Play Store and the Apple App Store differ in the following points:

In summary, it can be said that app operators who take the rules for ideal app store optimization into account can generate higher downloads in a short time. The focus should always be on the needs and added value of the target group, which is reflected in user feedback such as app store reviews or other user generated content. Those who take this seriously and also get involved with innovations in the respective app stores will have satisfied users and high downloads in the long term.

In conclusion, it can only be said that every app operator should keep an eye on all relevant app stores, take every app store review seriously and also analyze and comment on them. What could be better than interacting with its end consumer and thus being able to ensure customer satisfaction.

With the gominga Review Manager this can be done efficiently and easily. Especially for App Store Reviews.